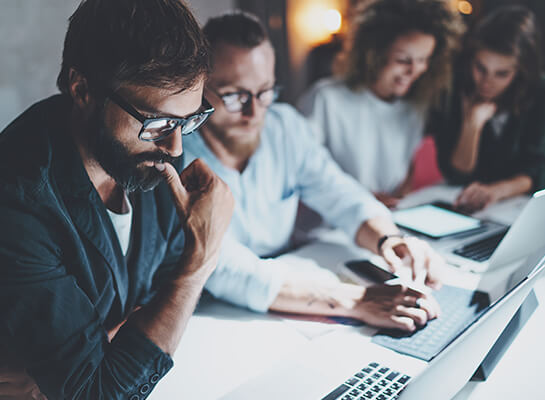 The Need for Nuclear Power Plant Training is Set to Grow

Who could forget the widely-reported and alarming events in Chernobyl, Fukushima and Pennsylvania’s Three Mile Island reactor? However, subsequent improvements to safety measures now ensure that the process of driving turbines with the steam created by the fission of uranium is no longer a significant threat. That said, intensive nuclear power plant trainingwill now be more critical than ever if companies are to maintain these new and more acceptable levels of safety and reliability.

A combination of multiple fail-safe features and extensive system redundancies has led to unprecedented stability and performance but also calls for operators with an in-depth knowledge of these and vast experience of each of a plant’s process control systems. While it can take quite a while to gain that experience, acquiring the necessary knowledge can be relatively quick and painless with access to a suitable course of nuclear power plant training.

Although currently only two nuclear reactors are operating in South Africa, and together they account for just 5% of the country’s electricity generating capacity; this is about to change. The government has committed to increasing energy production from fission reactors by a further gigawatt within a decade. It also has plans to extend the working lifespan of the existing facilities at Koeberg in the Western Cape and Pelindaba in North West Province by a further twenty years. These planned extensions will require considerable investment in infrastructure accompanied by extensive nuclear power plant training for the necessary additional operators.

Given a lack of operators with the necessary experience and the desire to avoid reliance on expatriates, the majority of new candidates entering the industry will have far more to learn. While studying the actions of trained personnel and practising them under close supervision can be effective, it is a slow process. Also, it places the added responsibility of an instructor and overseer on the shoulders of those whose skills would be of more value at the coalface. In practice, a computer simulation can provide all of the necessary nuclear power plant training while leaving the experienced operators free to focus on their core tasks.

Understandably, the thought of relying on a simulation of the processes controlling a nuclear reactor may arouse concerns. It will, therefore, be reassuring to reflect on some of the other equally crucial fields in which this technology is applied daily. Spending time in a simulator is how pilots learn to deal with possible emergencies that would be far too dangerous to reproduce when airborne. Many of the surgeons who routinely perform complex procedures on the heart or brain will spend hours practising or reinforcing their skills in this manner. That both are highly effective is clear. So too is the use of simulations when training nuclear power plant operatives. Just as in the case of flight training or surgery, it is the ability to simulate emergencies without actually endangering anyone that is among the most significant benefits of the simulated learning experience.

When armed with a suitable development platform, an engineer should be able to produce a passable simulation. However, when the software is specially designed for this purpose, the only thing that can limit its potential is the imagination of the programmer. The SimuPACT platform developed by SimGenics offers an intuitive means to create simulated situations for nuclear power plant training in a virtual environment that, to a trainee, will be indistinguishable from the workplace on which they were modelled.

SimGenics boasts close to 40 years of experience in the development of full- and partial-scope simulators and has gained a well-established record of successes in South Africa and many overseas countries. On the local scene, the company has completed several projects for Eskom-owned coal-, oil- and gas-fired plants, including those at Tutuka, Hendrina, Arnot, Matla, and Duvha. From its branch offices in Irene’s Route 21 Business Park, SimGenics provides advanced software and expert support for the development of nuclear power plant trainingand related programmes throughout the republic. The demand for electrical power is growing and, faced with the threat of global warming and the potentially catastrophic effects of climate change, we must limit our dependence upon fossil fuels. However, while fissionable material appears to offer the industry a cleaner alternative, it will only be of value if a sufficient number of operators receive the necessary nuclear power plant training.

Please fill out the form below to download the SimuPACT Brochure

Please fill out the form below to get the free Chernobyl Plant Simulator.